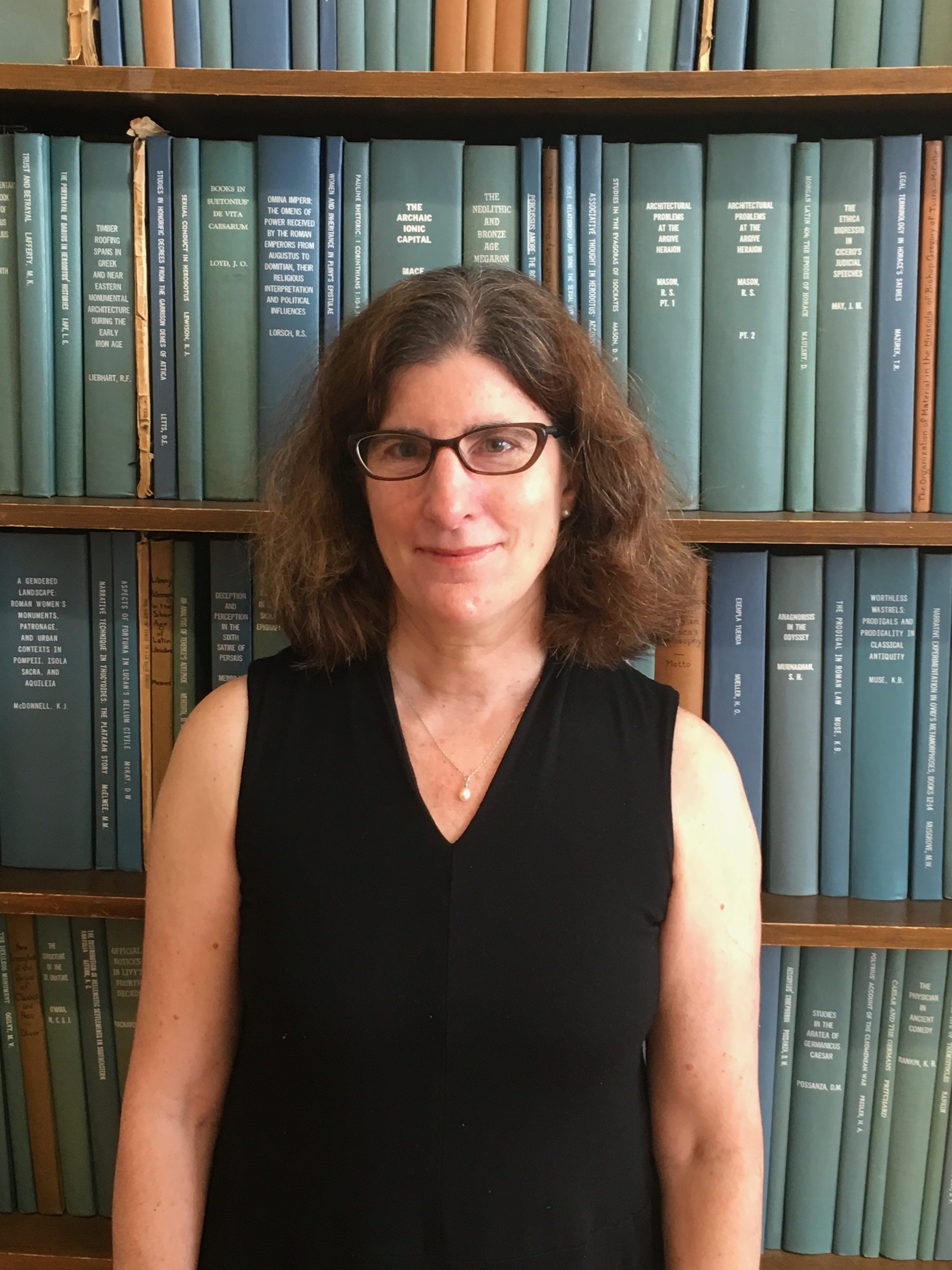 The Department of Classics is delighted to welcome Patricia Rosenmeyer as our new Paddison Professor of Classics.  Professor Rosenmeyer received her PhD from Princeton in 1987 and after teaching at Michigan and Yale joined the faculty of the University of Wisconsin-Madison, where she has been since 1997.  She is a specialist in Greek poetry, especially archaic lyric and Hellenistic epigram, but her interests are strikingly wide-ranging.

Especially notable among her many publications are the groundbreaking books The Poetics of Imitation: Anacreon and the Anacreontic Tradition (1992) and Ancient Epistolary Fictions: the Letter in Greek Literature (2001).  Her most recent book, The Language of Ruins: Greek and Latin Inscriptions on the Memnon Colossus, will be published by Oxford University Press later this year.  For more about Professor Rosenmeyer, see her departmental web page.  We are excited that she is joining the Carolina Classics community!