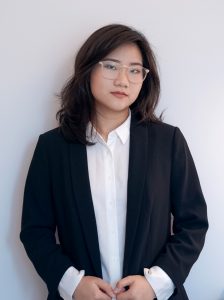 Danise Wu has been awarded the Manson A. Stewart Undergraduate Award from the Classical Association of the Middle West and South (CAMWS) for 2021. This highly competitive prize recognizes significant academic achievement and potential in fields of Classical Studies. Annually, the CAMWS Award Committee makes $1,000.00 awards, with a one-year membership in CAMWS, to a limited number of undergraduates majoring in Classics at the sophomore or junior level, at a CAMWS-member college or university.

Danise Wu is a junior in Classics, Combined Latin and Greek with an emphasis in Greek. She is interested in anything Greek-related, from literature to society, but mainly literature, mythology and ancient Greek philosophical thought. She first came in contact with Greek mythology in middle school, reading “The Song of Achilles” by Madeline Miller and decided she needed to know more about Achilles and Patroclus. This led her to read the Iliad and Plato’s Symposium on her own in high school, works that deeply influenced her decision to study Classics in college. She is determined to go down the path of Classics to learn what she loves to learn, and in her words, “it is just like when Achilles knew he would suffer and die if he went to Troy, he still did instead of choosing the easy way out.” She is planning to go to graduate school to study classical languages and literatures, and ultimately to become a professor, “so that she can be around like-minded people who also enjoy the Greeks and spread knowledge to people like herself.”