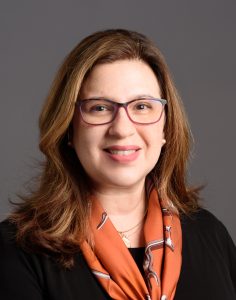 In Fall 2022, Professor Hérica Valladares will be the Esther Van Deman Scholar in Residence at the American Academy in Rome.

Each year the American Academy in Rome, one of the oldest US overseas centers for independent work in the arts and humanities, invites distinguished artists and scholars to be Residents for periods of several months. Residents are scholars and artists whose work has had an international impact. They are drawn from the fields that are represented at the Academy: Ancient Studies, Architecture, Design, Historic Preservation and Conservation, Landscape Architecture, Literature, Medieval Studies, Modern Italian Studies, Musical Composition, Renaissance and Early Modern Studies, and Visual Arts.

During her time in Rome, Professor Valladares will be working on two book-length projects. One focuses on objects made exclusively for women during the Roman imperial period (Fashioning Empire: Roman Women and Their Objects), and the other investigates the representation of epistolary exchanges in Roman wall painting (Love Letters from Pompeii: Material and Epistolary Fictions in Roman Wall Painting).

You can find more information about Professor Valladares’ residency on the American Academy in Rome‘s website.