“Ich verstehe nur Bahnhof”
‘I understand only Railway station’, i.e. ‘It’s all Greek to me’ 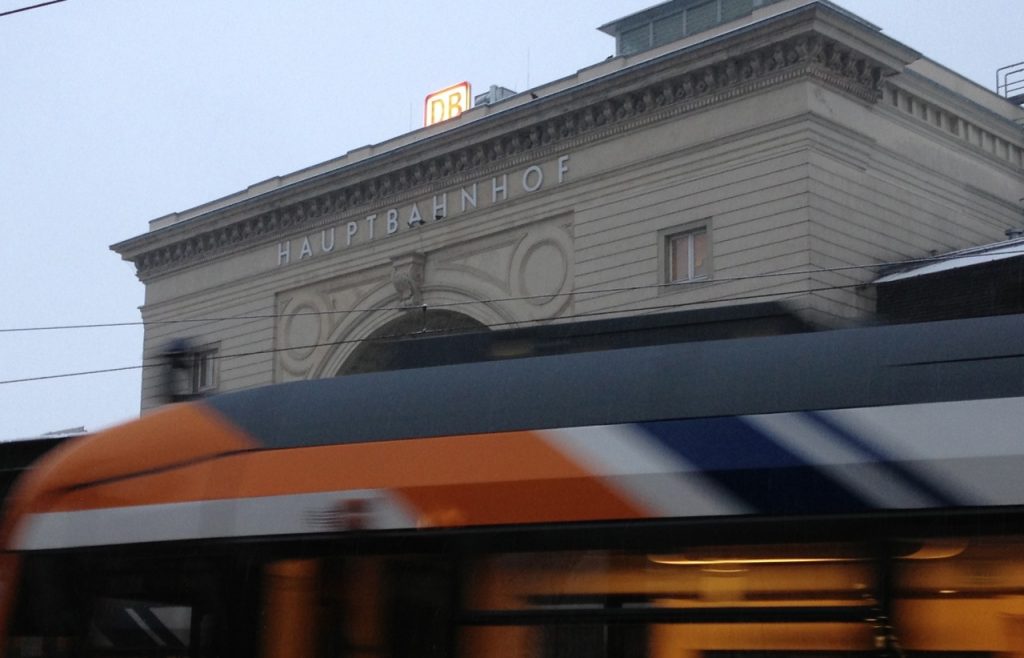 After winning an Alexander von Humboldt Fellowship, Emily Baragwanath left Chapel Hill to live in Germany with her husband Sean and their daughter Julia from January 2013 to June 2014. Below the New Zealand native shares how she and her globetrotting family are adjusting to a new language, a new locale, and tempting chocolates and sausages.

Touching down on German soil in early January (after the long trek back to North Carolina from New Zealand, leaving just a day to pack up the house) was a great relief — qualified only by the immediate realization of just how ill-equipped we were to communicate with the locals in the land that would be our home for the next year and a half. Our two-year-old Julia aptly conveyed our feelings in describing ‘how they speak at daycare after her first day of kindy: ‘ba ba ba ba ba’. (Which of course is how the Greeks described the speech of unintelligible barbaroi.)

To remedy the situation I spent the next two months making my way to Heidelberg’s Bahnhof before dawn to leap on trains & trams (and occasionally part-way on foot in the snow) to Mannheim for intensive Deutsch instruction. Julia has since replaced the Goethe Institute: she teaches us German songs learned at daycare and sings them on the back of the bike along the river on the way to school (“Bruder Jacob, Bruder Jacob,/ Schläfst du noch, Schläfst du noch?…”).EmilyJuliaCastle

Another experience that sticks in my mind was the move from our initial, temporary lodgings at the university Guesthouse into our own apartment, which required setting it up from scratch (since furnished options usually reject Katzen und Kinder). This one at least had a kitchen installed (many do not, as we found to our surprise in touring some strangely naked apartments). Picking up the furniture, bookshelves and other items we would need to populate our new Wohnung required a gargantuan undertaking, accomplished between dawn and dusk on a single day: my driving a large rented truck first around narrow mountainous roads to pick up second hand furniture from the environs of Heidelberg, and then onto the Autobahn for the mother of all shopping excursions to IKEA. (I can’t help but mention also the delicious IKEA meatballs Sean and I devoured in our lunch break—the very ones later implicated in the European horsemeat scandal). The reward has been our being settled now in a lovely apartment in Neuenheim, over the river from Heidelberg’s Altstadt (where the main University is, and where I spend my time working in the library of the Seminar für Klassische Philologie).JuliaAndTreats

We’ve already begun exploring the region surrounding Heidelberg, with trips to Ladenburg, Weinheim, and Schwetzingen, and further afield to Koblenz and Cologne. 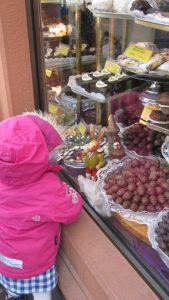 Easter-time presented particular delights for Julia, in the form of Easter egg hunts, and wandering around the local market with a little bag, and being presented with gifts of apples, chocolates, fresh bread, and hard-boiled eggs painted stunning fluorescent colours.

After a winter that people say has been the worst here for more than 70 years, spring has arrived at last, bringing with it picnics by the Neckar river and runs along the Philosophenweg (with stunning views down over the city and over to the magnificent ruined Castle), not to mention a number of hours on some of the loveliest imaginable playgrounds.

Finally, I’d be remiss not to mention the sausages (of numerous different varieties) and pastries … which require Herculean labours of moderation on our part.