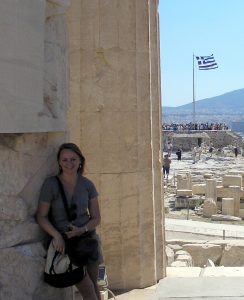 Cicek Beeby was awarded a one-year visiting research fellowship at the Institute for the Study of the Ancient World in New York for 2019-20.

According to the ISAW site, those who receive the Visiting Research Scholar program “have access to the Institute’s own library, as well as to a wide range of other libraries at NYU, The Metropolitan Museum of Art (located a block away), and other institutions in New York City including Columbia University and the New York Public Library. Scholars are provided with their own carrel workspace.” Sarah Hilker will be at the American School of Classical Studies in Athens on a Fulbright Fellowship.

According to the UNC Center for Global Initiatives, “the Fulbright U.S. Student Program allows graduating seniors, master’s students, doctoral candidates, and recent graduates to self-design a research/study project, or serve as an English Teaching Assistant in one of more than 140 countries. The Fulbright program is sponsored by the U.S. Department of State’s Bureau of Educational and Cultural Affairs and is managed nationally by the Institute of International Education and at UNC by the Center for Global Initiatives.” 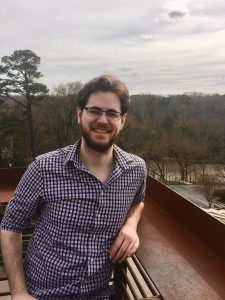 The American Academy in Rome presents these fellowships to support advanced independent work and research in the arts and humanities. For 2019-2020, Rome Prizes were awarded to thirty American and six Italian artists and scholars, who will each receive a stipend, workspace, and room and board for a period of five to eleven months at the Academy’s eleven-acre campus in Rome.

In Rome Brian will be working on his dissertation, entitled “Blessed Heroes: Apollonius’ Argonautica and the Homeric Hymns.” He argues that Apollonius engages deeply not just with the epics attributed to Homer, but to his hymns as well, and in fact innovatively fashions the Argonautica into a generically-hybrid “epic hymn” that unites the two streams of Homeric hexameter poetry. In his downtime, Brian looks forward to exploring the city and trying to order espresso in Italian. 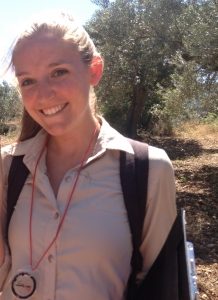 According to the ASCSA site, “All awards are made on the recommendation of the Committee on Admissions and Fellowships and are based on the results of the qualifying examinations and materials submitted with the application. Fellowships provide a stipend of $11,500 plus room and board at Loring Hall on the School grounds and waiver of School fees. Regular Member fellowships are awarded for the entire nine-month program.” 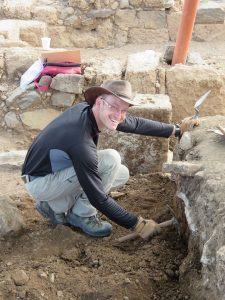 Matthew received a 2019-20 pre-doctoral fellowship from the Getty Research Institute to complete his dissertation (“Public Entertainment Venues as Urban Network Actors in Roman Macedonia and Thrace”) at the Getty Villa in Los Angeles, CA. There he will also regularly meet and attend lectures with other pre- and post-doctoral fellows whose research deals with the Villa’s annual theme of “The Classical World in Context: Thrace.” In these exchanges, he looks forward to learning more about current work on Thrace’s interactions with neighboring regions like Greece while sharing his own research on urban life in Roman Thrace.

Below is the Getty Research publication, which highlights research subject matter for the next year:

“The Getty Scholars Program at the Villa for the 2019/2020 term will consider the ancient culture of Thrace, in particular its relations to its southern neighbor Greece and, in a later period, Rome. The Thracians feature prominently in Greek history and are well attested in literature, art, and archaeology … Priority will be given to research projects that are cross-cultural and interdisciplinary, and that utilize a wide range of archaeological, textual, and other evidence.” 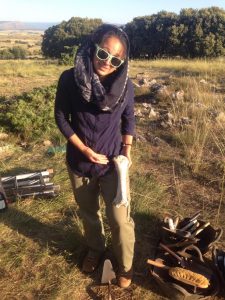 Katie Tardio won a Dissertation Fieldwork Grant from the Wenner-Gren Foundation for her zooarchaeological research in Spain in Fall 2019.

The Wenner-Gren Foundation site states that “…fieldwork grants are awarded to aid doctoral or thesis research. The program contributes to the Foundation’s overall mission to support basic research in anthropology and to ensure that the discipline continues to be a source of vibrant and significant work that furthers our understanding of humanity’s cultural and biological origins, development, and variation.”