The Department of Classics continues a long Carolina tradition of offering undergraduates and graduate students access to research by world-class faculty on many fascinating aspects of the ancient Greek, Roman, and broader Mediterranean worlds. We study, write about, and teach the language, literature, history, art, and archaeology of the Greek and Roman world and its relevance to today. Classics is inherently multidisciplinary, drawing on various forms of evidence and modes of interpretation in order to understand the past, and to explore how later periods, including our own, have found classical antiquity meaningful, or in some cases have misused the classical tradition in ways we must now study with an unsparing eye.

Current graduate research and teaching include Homeric epic; Aegean prehistory and protohistory; Archaic poetry and Greek drama; performance; Greek topography and mortuary archaeology; Greek and Roman historiography; women and gender studies; Hellenistic and Roman Near East and Egypt; Hellenistic and Roman art; religion, sacrifice, magic, and the underworld; Roman comedy and satire; Hellenistic, Republican and Augustan poetry; the Second Sophistic; paleography and Medieval Latin; and the reception of the classical world. Current archaeological fieldwork includes the French Mission to the Eastern Desert in Egypt and the Azoria Project on Crete.

Our five undergraduate majors are Greek, Latin, Combined Greek and Latin, Classical Civilization, and Classical Archaeology. We offer courses in Greek and Latin from the beginning to the advanced levels, and a broad range of courses in which all readings are in English, many of which are popular with both majors and non-majors. Many of our students study abroad; many combine a major in classics with a double-major in another field. Some of our graduates go on to successful graduate study in classics or classical archaeology or related fields such as anthropology, religious studies, and ancient history, while others pursue a variety of careers in fields such as law, medicine, media, business, science and technology, many after degrees in graduate or professional schools. We believe both that the study of the classical world continues to be valuable in and of itself, and also that training in classics provides skills and perspectives that are useful in any field.

Creolizing the Greeks in Herodotus: A paper presented by Emily Baragwanath

Last weekend, Emily Baragwanath had the honor of presenting at a conference titled “Creolizing the Greeks: Inventions, Resistances, and Transformations”. The conference was hosted by the Department of Philosophy at Penn State University and organized by Christopher Moore and Eduardo … Continued 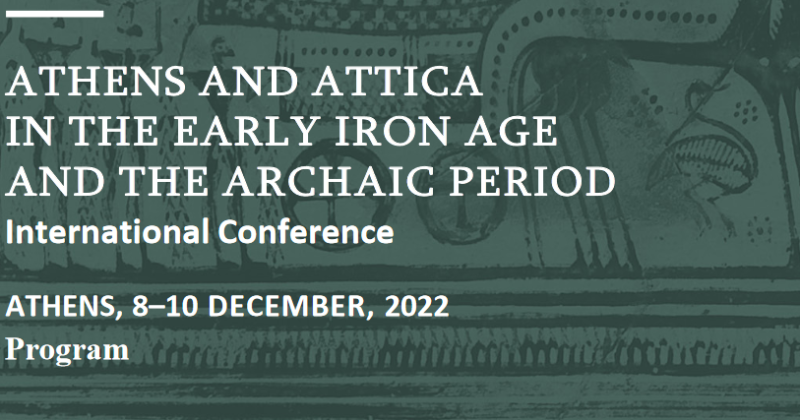 Tim Shea and Melanie Godsey present current research at the international conference, Athens and Attica in the Early Iron Age and the Archaic Period, at the American School of Classical Studies at Athens

Professor Tim Shea and Melanie Godsey will be presenting papers, “Deathscapes and lifescapes between the sea and the asty: the Phaleron cemetery” (J. Buikstra, E. Prevedorou, and T. Shea), and “The Early Iron Age and Archaic Period around Porto Rafti … Continued 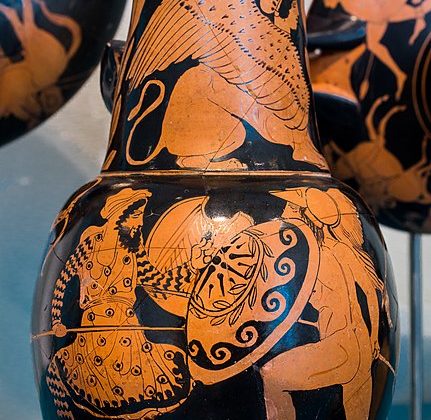 Lecture by Scarlett Kingsley (Agnes Scott College): Human Nature on the Battlefield in the Greco-Persian Wars

How does Herodotus’ Histories explain the success of the Greeks against the vastly superior force of the Persians? This talk discusses an important but neglected causal motif in the work, that of surpassing physis (‘nature’). It also demonstrates Herodotus’ … Continued 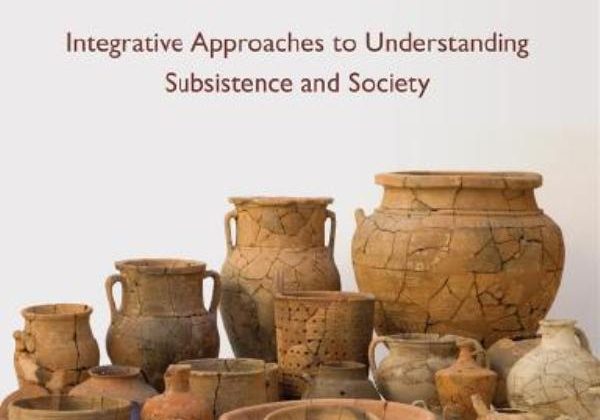 Donald Haggis and colleagues present an overview of agropastoral production, mobilization, processing and consumption of food at Azoria, in eastern Crete, in the article “Commensal Politics and Identity Performance at Azoria an Archaic City on Crete,” a contribution to a … Continued 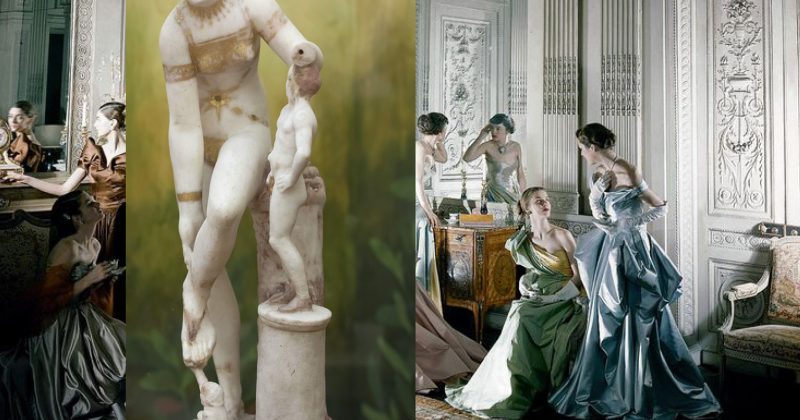 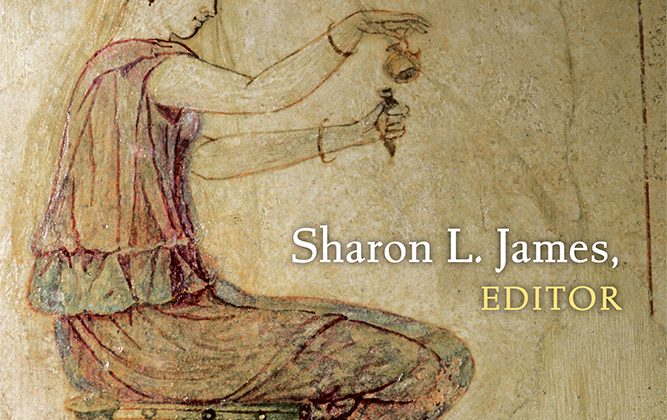 Professor of Classics Sharon L. James has edited and published a volume of essays on the Roman elegiac poet Propertius.  Golden Cynthia: Essays on Propertius, from the University of Michigan Press, includes two substantial posthumous essays by the late Barbara … Continued On Saturday, 6 November 2022, the Orange County Historical Museum is organizing a program on Preston H. Epps, the long-time Classics professor at the University of North Carolina, Chapel Hill. Featuring remarks from Preston Mitchell, Epps’ grandson and author of … Continued 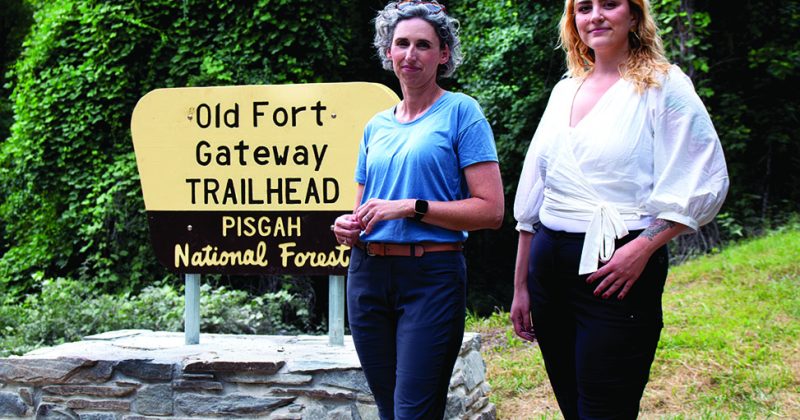 Jen Gates-Foster’s fieldwork and public programming project at Old Fort is featured in an article in this month’s Carolina Arts and Sciences. The work is a component of the Catawba Vale Cooperative , a collaboration of the Department of Classics, … Continued 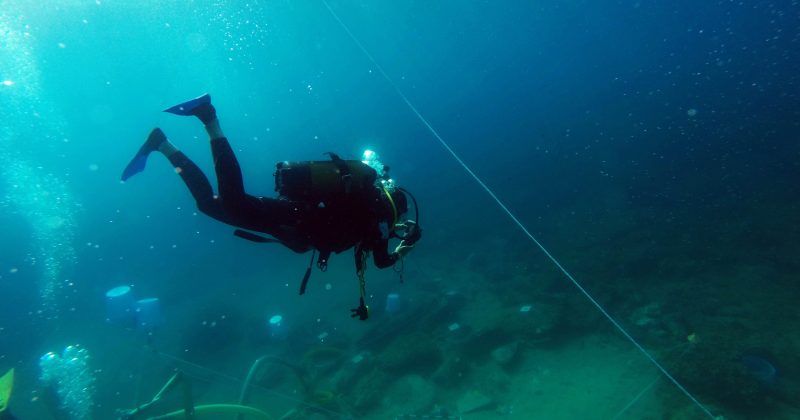 During the 2021-22 academic year, Cole Warlick, a PhD student in Classical Archaeology at UNC, was the Ackland Art Museum Digital Content Fellow. Cole’s fellowship was part of the university’s Humanities for the Public Good Program, which aimed to offer … Continued 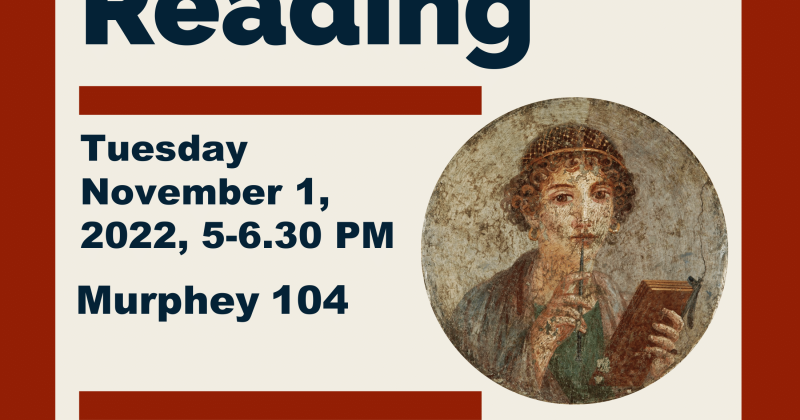 UNC Department of Classics: Herington Poetry Reading Tuesday, November 1st, 2022, 5:00 – 6:30 p.m. Murphey 104 Information and Requirements are as follows: Prizes of $250 will be awarded to the winners, one in Greek and one in Latin. All … Continued 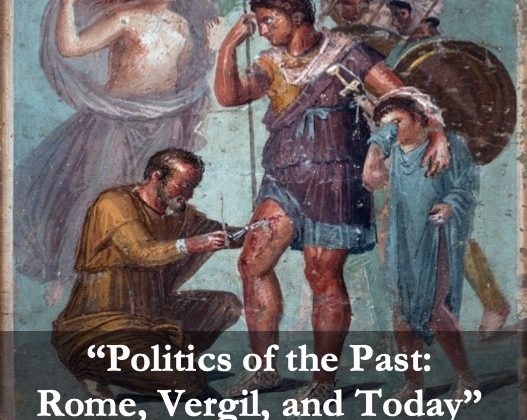 On Wednesday, 28 September 2022, Tedd Wimperis, Assistant Professor at Elon University (who received his PhD in Classics from UNC in 2017) returns to Chapel Hill to present a lecture entitled “Politics of the Past: Rome, Vergil, and Today,” as … Continued